The title above means "Welcome to the Graz region".

Now I am quite confuse on how to greet you my dear readers. Korang dah nak masuk malam while I'm just starting my day here. Ohh well, tak kisah la kat ceruk dunia mana pun yang you all ada, I wish you have a really great time with your loved ones. :)

The weather has been really really gloomy for the past few days and that makes me feel like just staying indoor for as long as I can. It's winter Amirah, so what do you expect? It takes me forever to drag my feet out from the house, kecuali kalau nampak sunlight muncul tetiba. Yang tu boleh dipertimbangkan. :)

Macam hari Sabtu lepas, the weather came out to be very promising with a lot of sunlight, so my husband brought me to see a few interesting places around Graz. Hmm, I did some readings before that and I come to conclusion that Graz (or Austria in general) is mostly about art treasures and historic heritage. No wonder if Graz is officially listed under UNESCO since year 2011 under the category of "The City of Design".

We took tram to the city and I found out their tram system is quite easy to navigate. Even if you don't understand their language (they speak German by the way), as long as you know where to go, then you should be alright. But I have my husband with me so that's a bonus point for me and makes me less worried to travel at the place where I don't speak their language. :)


Their inner city is really interesting with so many nice buildings, beautiful paintings on their walls, and we may also find arts of carving everywhere around the city. As to justify the inclusion of Graz in the world cultural heritage list, diorang kena lah maintain the structure of the buildings, and that makes the city appears to be really unique and valuable at the same time.

But when I reached the top, the view I saw is really worth the climb. Boleh nampak keseluruhan bandar Graz dari puncak and I instantly stop nagging on how tiring it was to get up there. Schloßberg (English: Castle Hill) ni sebenarnya istana lama mula dibuka kepada public sejak tahun 1839. Macam-macam la yang ada kat atas ni, cafe, restaurants, public park and so on. Kira kalau mai melawat Graz, this is a must visit place yea! :)

And after that, we made our way to another fortified castle called Schloß Eggenberg. This castle is placed in quite an outskirt, but we can easily get there by tram. Kira hari ni macam hari melawat old castle la senang cerita. We ARE the prince and the princess by name anyway (Amri=prince, Amirah=princess). So bagi la chance feeling-feeling jadi tuan putera bawak tuan puteri jalan-jalan hari ni. :p

The entrance fee is 2Euro, but during winter the main palace is closed, so we just strolled around the hugeeee garden. Kalau tengok cerita omputih version lama-lama, haaa lebih kurang macam tu la dalam dia, ada istana, kawasan istana yang luas, pokok-pokok yang cantik, mana la tak perasan jadi puteri raja sat. hehe. I have no caption for the rest of the photos. I'll let the pictures do the talk. Towards the end of my visit, I just feel like I can stay here forever and live happily ever after. :) 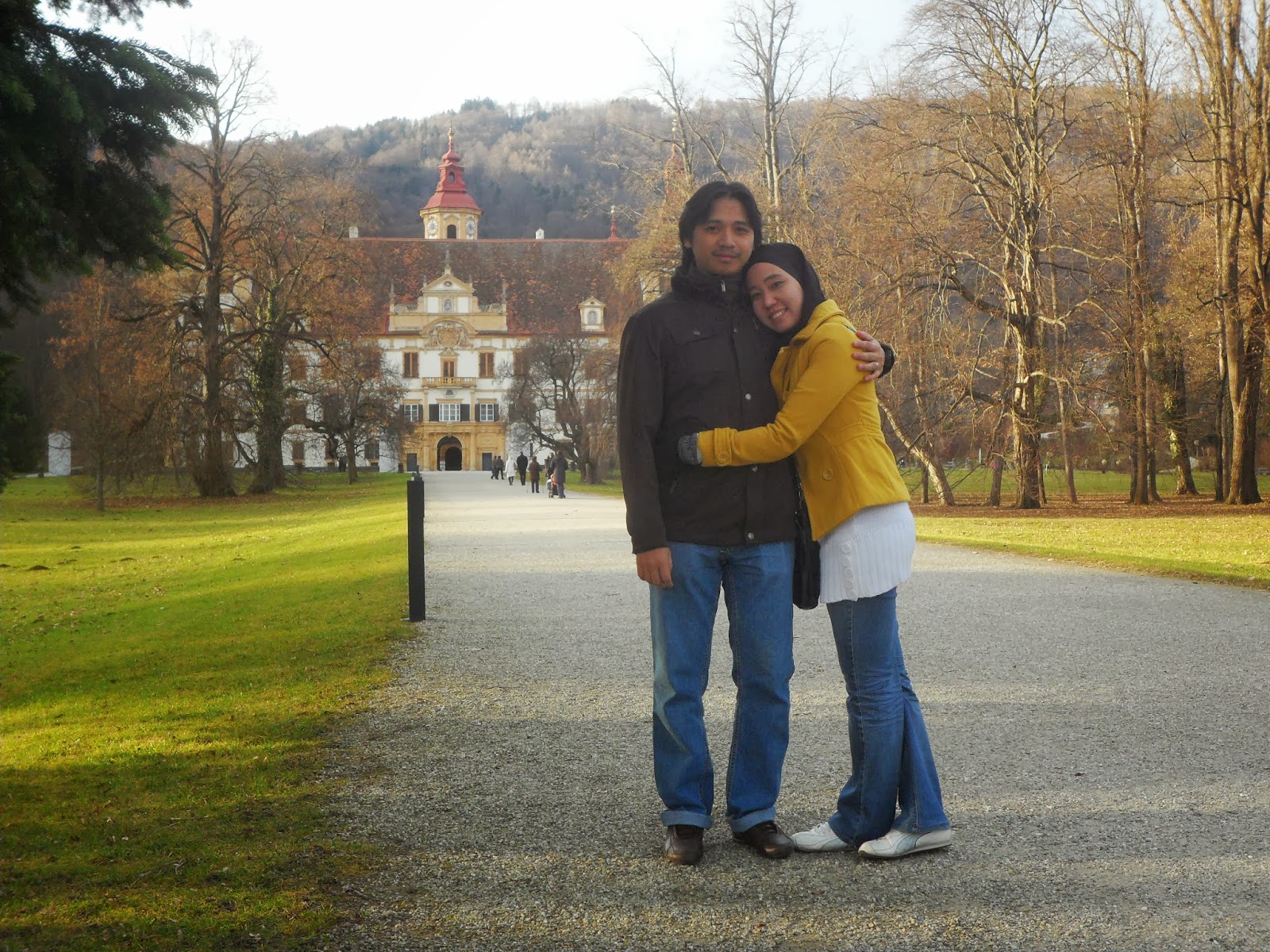 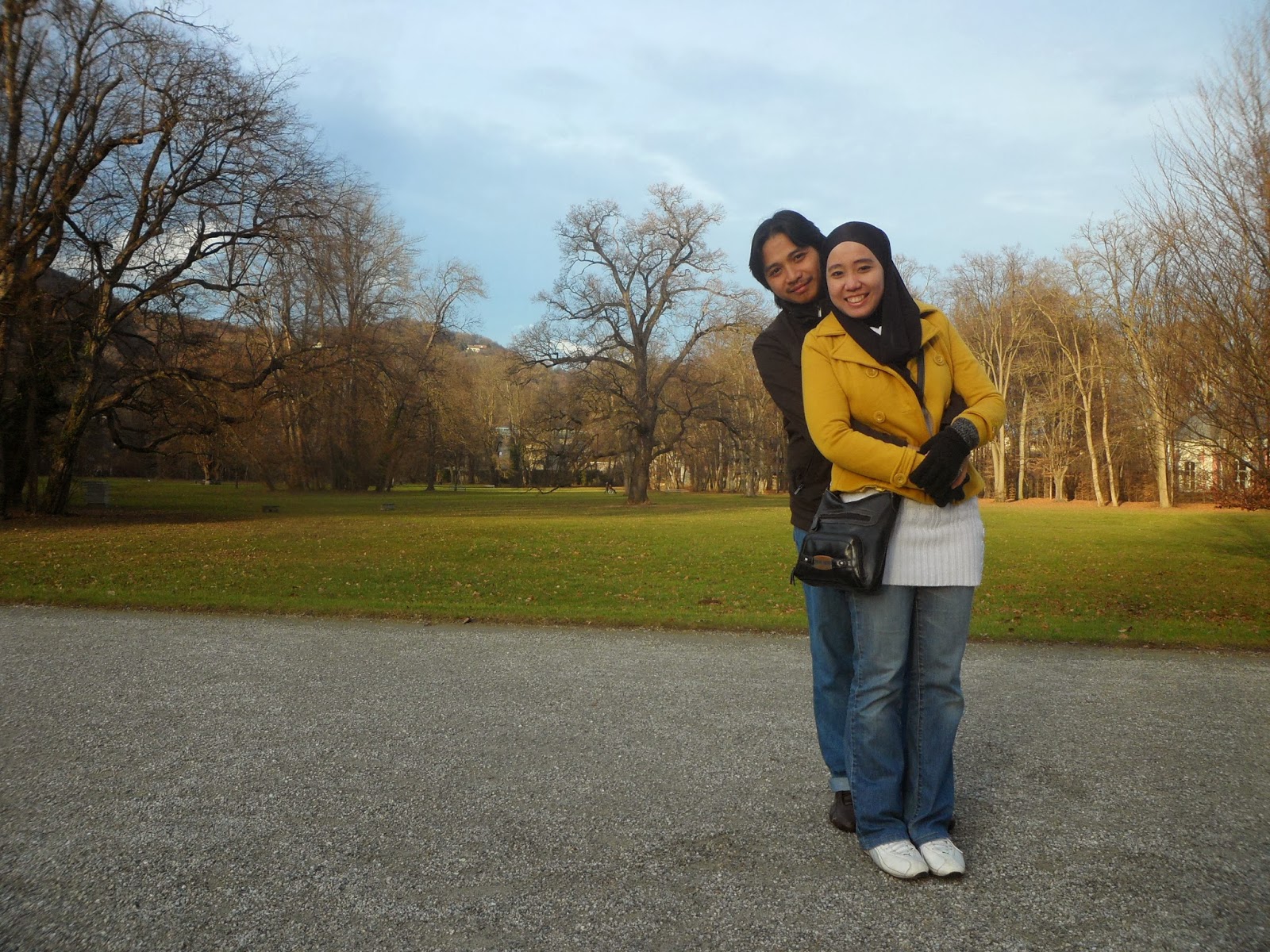 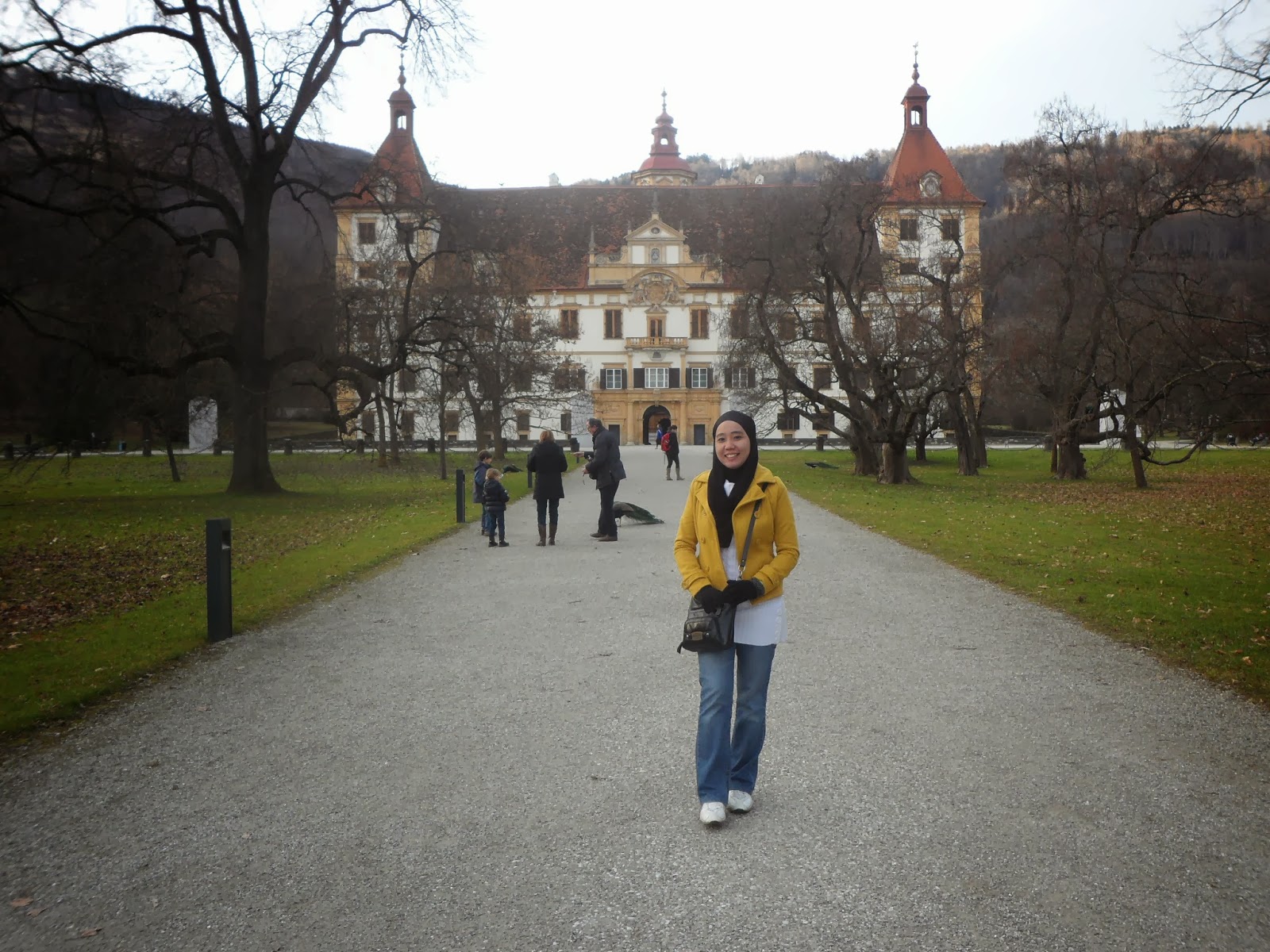 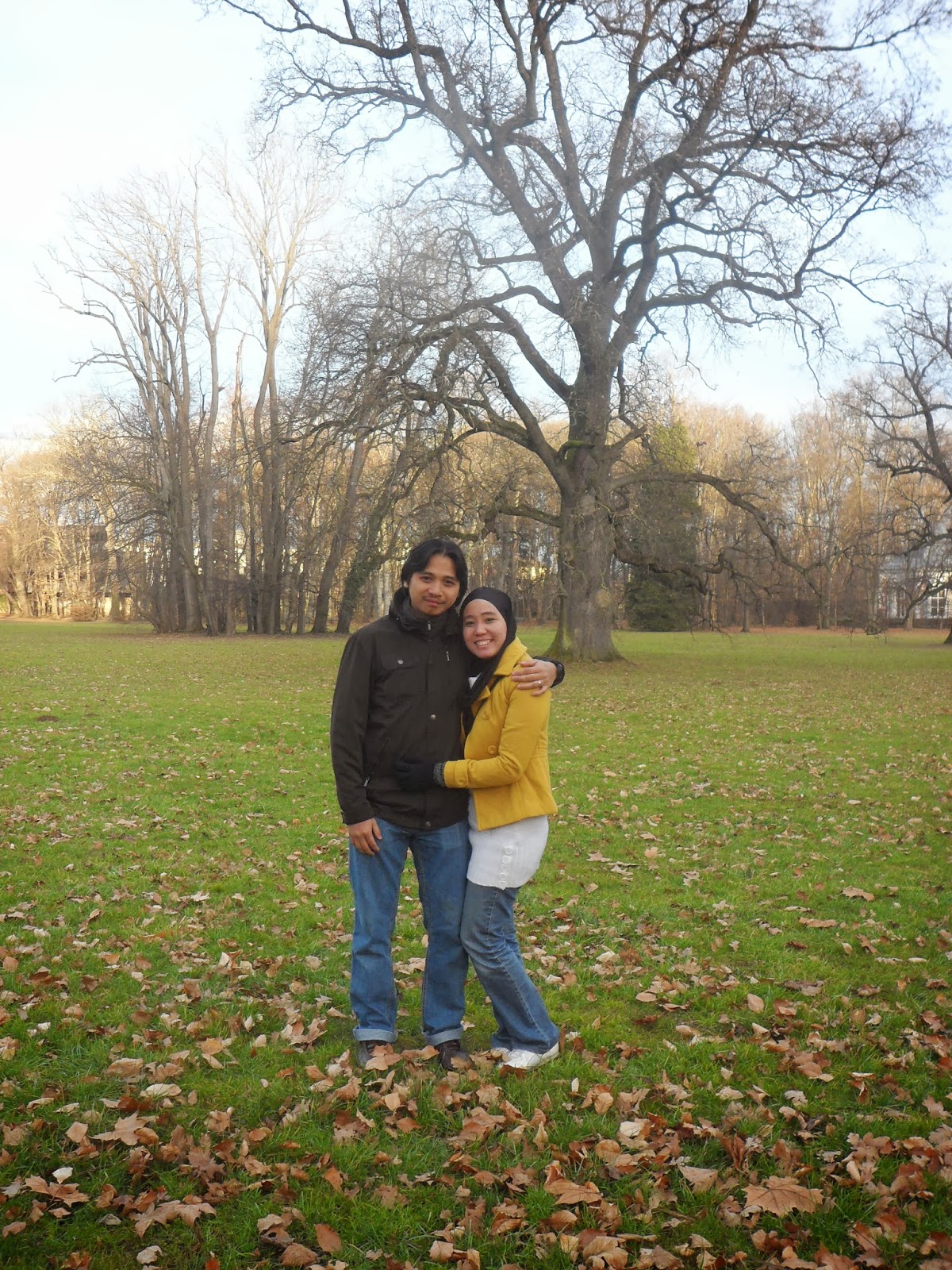 That's all I could share about my recent tour around Graz.
I will come back with more interesting stories if time permits.
Till then lovelies, hope you have a great week ahead.
Tata! :)

Have fun touring around Europe babe! :)