On the 2nd day, we entered our first theme park in Gold Coast, the famous Movie World. Actually, we woke up at 9am and by 10am we were ready to make a move. Tapi, menunggu manusia2 lain nak bersiap dan breakfast, we reached Movie World only at 11.30pm. A bit late for the day but thankfully we managed to cover all the interesting rides and shows. Right upon arrival, we snapped a few interesting pictures here and there and we also had chance watching the Batman Buncit show. Ye, batman tu nampak buncit. Tapi gaya haruslah mcm superhero kan. For me, no matter how buncit is the batman, it was kind of interesting show after all. 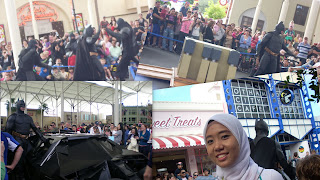 Batman Buncit Show
Then we decided to watch the next show, Hollywood Stunt Driver (HSD). OMG, this show was perfectly AMAZING!! I can't describe how awesome it was, you gotta watch the next video on your own (later, ada masalah technical uploading). Incorporating breathtaking stunts, precision driving, incredible action skills, you won't want to miss this extravaganza package!! Terbeliak bijik mata tengok actions yg selama ni dapat tgk dalam movie je, tp kali ni depan mata sendiri. Fuhhhh!! Memang terbaekkk!! If you have chance to come to Movie World, HSD is a must watch show. Don't miss it. You're not gonna regret. Trust me.
After that we went to watch fascinating Shrek 4D show. Everyone including me was feeling so anxious about the movie. We were attracted to the show that puts you in the action with hair-rising, eye-popping and butt-busting effects so real. So, with our 4D glasses on, we felt like we were part of the journey where Shrek is trying to rescue Princess Fiona. 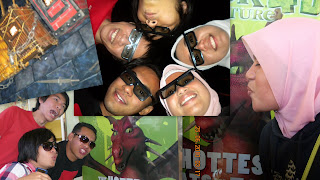 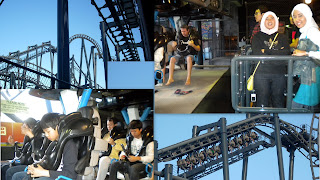 Fantastic Lethal Weapon Ride
Following that thrilled Lethal Weapon ride, we thought of riding on a slightly less-thrill roller coaster. So we chose to ride on Scooby-Doo Spooky. From the outer looks, that one seems fun inspired by the Scooby-Doo film. HOWEVER, after riding on it, it was the most scariest, spookiest, spine-tingling roller-coaster EVER CREATED!! The journey is complete with laser lighting, sound and colour effects, depths, height and trickery of dimension. Memang horror. Masuk semua muka ceria, siap boleh gelak2. Tapi bila dah habis semua muka pucat lesi. Kena rehat 10minit baru dapat sambung jalan. Memang gila!!! 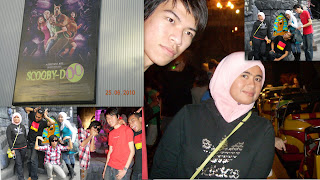 Scary Scooby-Doo Spooky Ride
After that, no one dared to try on the other remaining rides. Blame it on the Scooby-Doo Spooky yg jahat tu!! Tapi selain Lethal Weapon and Scooby-Doo, rides lain semua lebih kurang yg macam dekat Genting only that wih larger scale. So, takde la rasa menyesal sgt tak naik. Plus it almost time for the theme park to end it's operation, so we decided to spend the remaining time playing simple and stupid games at the arked and took a few more crazy pictures.ehehe.. Bila dah datang dengan group gila2, camni la jadinya. Semua gamba sengal2 je. But overall, Movie World memang terbaik!! Include it in your must visit list in Gold Coast okay!!=)) 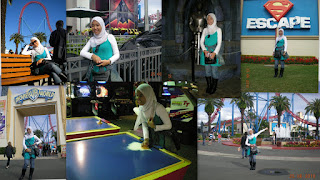 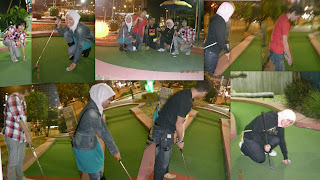 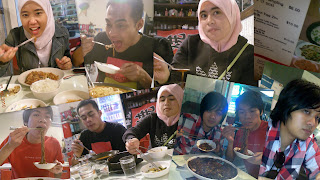 Yummilicious Korean Cuisine
We spent some more time walking at the alive city, then we went back to our room. Mula2 ingat nak lepak2 main declare, but we felt like we were disturbing others, so we decided to go to bed. Overall, it was a very exhausting day because we spent every minute of our time wisely. Tak kasi chance punya!!hehe.. That's all for our second day. That night, everybody fall in our own deep sweet slumber..
Posted by amirah at 12:59 AM