U're doing great, aren't you?Owh,I didn't tell you that I spent my Saturday in Sydney last week..Can you imagine, I went out as early as 6am and came back at 8pm..It was really tiring though..But all the tiredness were worthwhile..shopping sape yg x suke kan.ehehe.. :p I bought myself a few clothes and 2 pairs of sandals as a preparation for the coming summer..I really need them indeed.. =))

One more thing, I went to Bondi beach too..It was my first time being there okay..and it is true when people said that you can see people splattered all over the famous Sydney suburb beach in Bondi..for those yg nak "cuci mata" tu,tempat ni mmg perfect.wakakaka..

"Bondi Beach is one of Australia's most famous beaches and among the world's most well known beaches. The beach is roughly a kilometre long and is patrolled by lifesavers who make swimmers stay between the yellow and red flags." 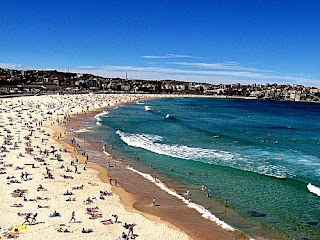 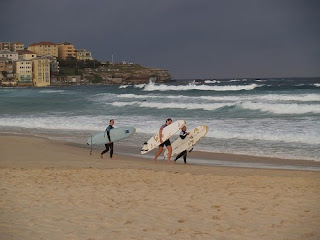 Here are some photos of me in Bondi!!! 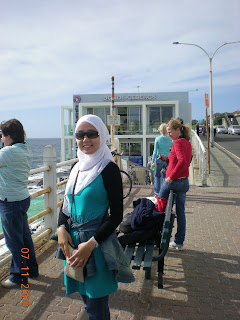 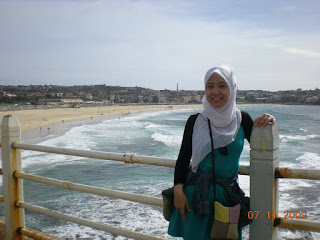 Look at the the wave..simply breathtaking!! 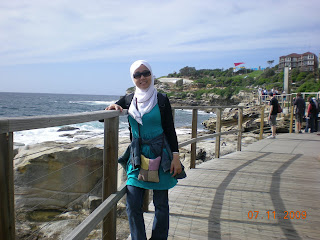 What a very awe-inspiring view in Bondi.. 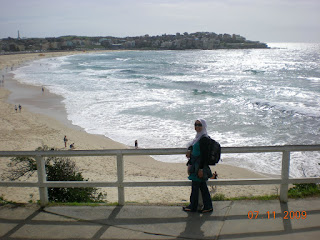 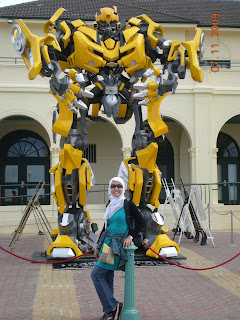